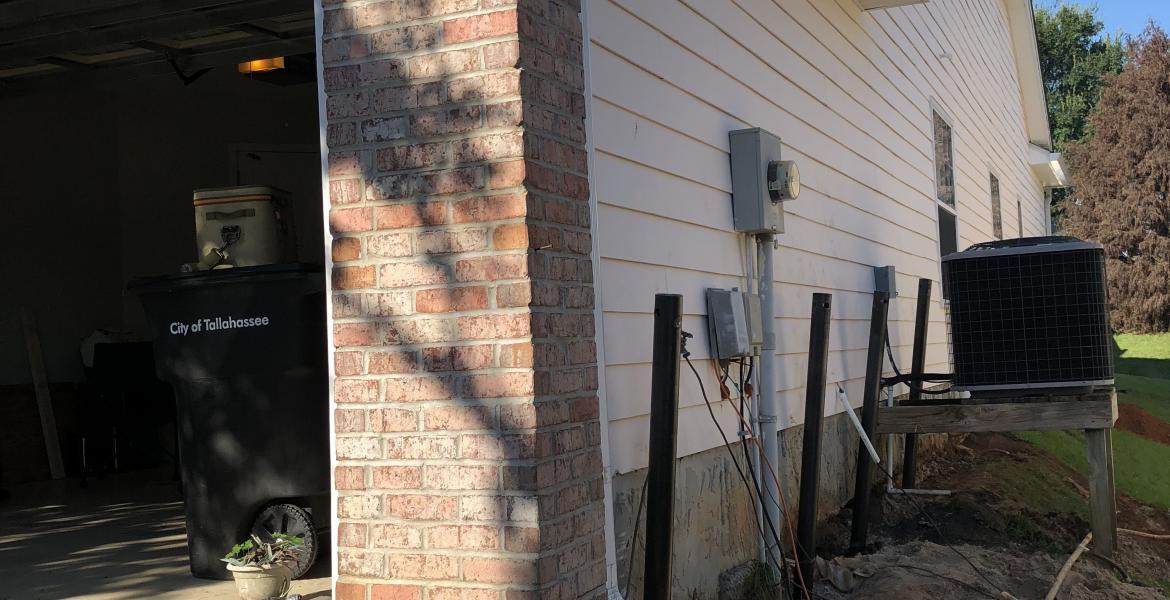 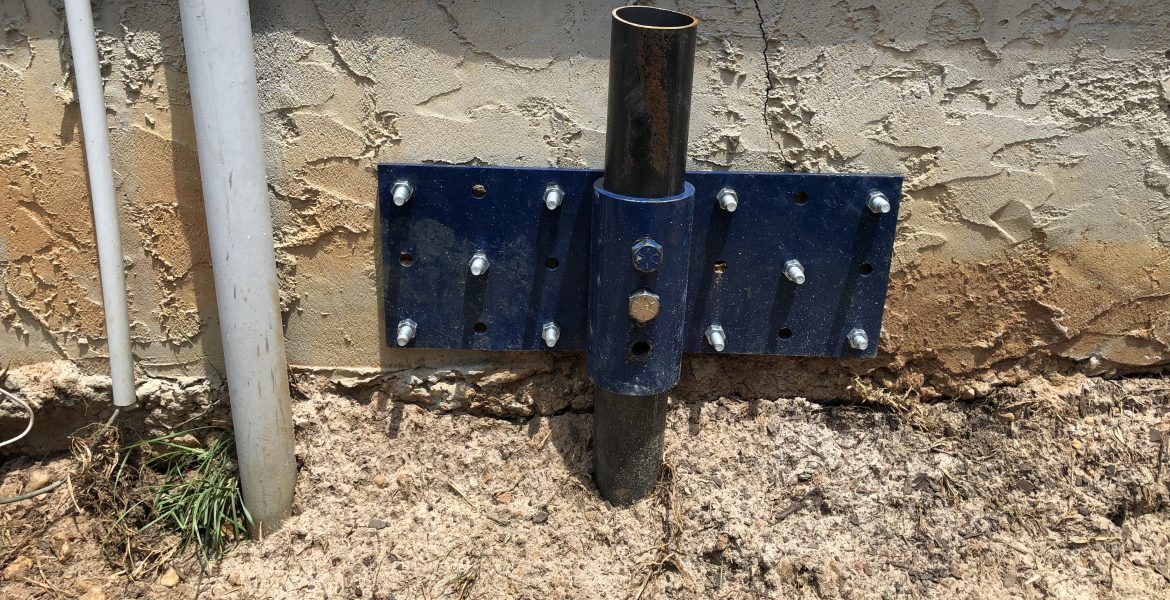 L & J are new homeowners who discovered their foundation on the front corner of their home was in the process of settling during the Home Inspection process. There was a large semi-circular crack in the garage and a significant area of washout on the side of the home next to the A/C unit. The home is also on a positive grade with an approximate elevation of five feet and a moderate to severe slope away from the home. During negotiations, the parties agreed to have a structural engineer examine the cause of the settling. The engineer determined that the settling was caused by water energy loosening the compacted soil under the home due to the lack of an adequate gutter system to divert the water flow away from their home, and slope. This water energy actively migrated the loosened soil, and caused a cavity under a portion of the garage slab, and stem wall.

The homeowners contacted multiple foundation companies including Foundation ResQ. Chad from Foundation ResQ met with them at their new home to determine the solution to their foundation issue. After reviewing the engineer’s report, and conducting a thorough inspection of the foundation, Chad determined that four helical piles would be needed to stabilize the foundation and prevent further settling. Chad also discovered that the stem wall was cracked in a second location causing a “seesaw” effect that the engineer and other foundation companies missed. His solution to this unique problem was to fabricate a custom bracket for the middle portion of the stem wall connecting the two separated sections of the foundation and locking them into place thereby mitigating the “seesaw” effect. The homeowners decided to go with Foundation ResQ’s solution, and work began shortly thereafter.